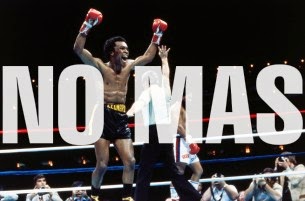 For people in the 70's, 80's and 90's, combat sports was all about boxing.  Sugar Ray Leonard, after his gold medal win in the '76 Olympics, was at the top during that time.  Leonard had two arch rivals during that time.  Tommy Hearns and Roberto Duran.  The ESPN documentary, 30 for 30: No Mas, is all about the second bout with Duran.

In1980, Leonard and Duran had two epic bouts.  The first was in Montreal, Canada.  A hard fought war with a razor thin result.  Duran was named the victor.  The second bout was completely different.  Duran ended the fight on his own in the 8th round, supposedly saying 'No Mas.'

The documentary explores what really happened leading up to both fights and why Duran decided to not continue in the second fight.  Both Duran and Leonard speak candidly.  ESPN also brings in the trainers, family of the fighters and members of the press that were present at the time.  Oh, Mike Tyson is interviewed as well.

If you are a boxing fan and were always curious on why Duran decided to stop that fight, this documentary is definitely worth the time. The Book of Life hit theaters this past week and I have to say it was very charming.  It is not your normal Halloween cartoon.  Based of the Mexican Day of the Dead celebration, the movie follows two friends as they try for the hand of Maria.

Joaquin and Manolo are in love with Maria.  As kids they are touched by the rulers of the Land of the Remembered and the Land of the Forgotten.  Manolo is generous and helps an old woman.  She blesses him with a pure heart.  Joaquin is not so generous and is offered a trade instead.  The trade is for a medal that will keep him from harm.

The kids grow up.  Joaquin and Manolo in Mexico and Maria back in Spain.  Once she returns to Mexico the game for Maria's hand begins.

I have to say there were times, I was the only person laughing.  The reason was there was songs that musically were appropriate, but who actually wrote the songs was just wrong.  There is a Biz Markie tune.  The one that almost had me on the floor Creep by Radiohead.  Don't get me wrong, the music worked very well in this film.  Just caught me off guard and I could not help myself from laughing very loud.

Your kids will very much enjoy this movie.  There are voice that you will recognize, but most you will not.  I recommend this film.  Very much worth the money. 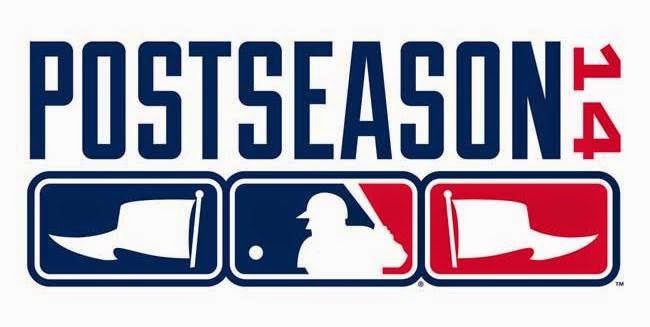 This will be an odd review.  I don't think there has been anyone that has reviewed a sports event to the general public.  So, let me say this...if you are a sports fan and like games that are close and nail-bitters, this year's postseason for Major League Baseball are for you.

Kansas City Royals are leading the American League series 2-0.  Two more wins and the Royals will be the American Leagues reps for the World Series.  Baltimore Orioles are trying to come back from two games down.  Not an easy task.  As I am watching game 3, it is tied at 1 run a piece.  These are the types of games that are exciting.  The funny thing with sports is that the wheels can come off for a team in a second.  In game 2, that is what happened to the Orioles.  The game was tight and then bad things happened.  Game 3 was actually suppose to be last night, but mother nature had other ideas.

In the National League, San Francisco Giants took a 2-1 lead over the St. Louis Cardinals in a 10 inning game 3.  All the games in this series have been nail-biters.  All have been 1 run games.  Game 2 saw the Cards win the game on a home run.  Game 3, the Giants scored the winning run in the 10th because of an error made by the Cards.

This season's playoffs are exciting and nerve-racking.  Even if your team is not in the post season, spend some time and watch these games.  They are exciting.

And yes, I am hoping that the San Francisco Giants win it all.

Posted by Unknown at 7:05 PM No comments: 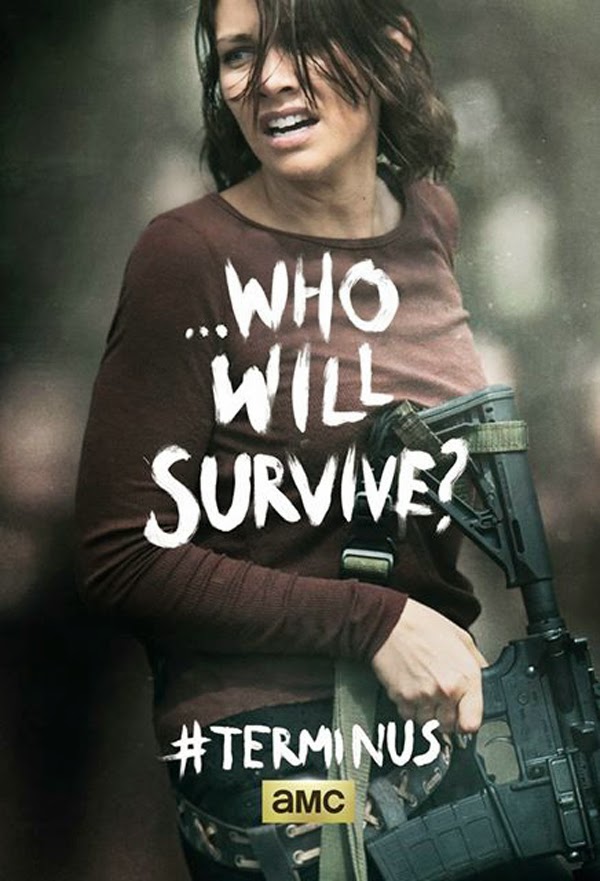 AMC is about to embark on its 5th season of the Walking Dead and I finally got on the bandwagon.  When this series started I was not in a position to watch due to the fact that I was never home and did not have access to a TV where I was.  This past weekend AMC had a Walking Dead marathon.  I watched a bunch of episodes and now I am hooked.  Will be going back on Netflix and starting from the beginning.

While the beginning of the series was all about surviving the dead, what it has become is how can those that survived the disease survive each other.  From all the advertisements about the upcoming season, that is what the show will focus on.


What I know is this...the writing of the show is amazing.  The actors have done wonderful work with the script.  The direction and cinematography is amazing as well.  If you have not watched this show yet, like I did, it might be time to start.  I know.  ZOMBIES!  Zombies are a vehicle of the show.  The show is about surviving and navigating a world that has lost its mind.

Catch up on Netflix and watch the new season on AMC Sundays at 9p.
Posted by Unknown at 11:00 AM No comments: 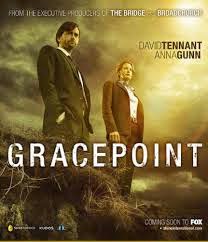 Gracepoint on Fox.  Wow, first episode landed a bunch of twists and turns that I did not think was going to happen.  If you have not started watching this show yet, get started.  It is on Fox Thursday nights at 9p and of course On-Demand and Hulu.com.

Gracepoint is a sleepy Northern California coast town where nothing really happens.  Then out of nowhere, a boy is found face down on the beach dead.  The new detective in town has a past he will probably like to hide.  The resident detective was passed over the job the new detective got and is not happy.  The big twist happens after the dead boy's best friend is told that he is dead.  If you have not watched the first episode yet and even if you have, I will not spoil that here.

David Tennant plays Det. Carver and is the new detective in town.  If Tennant's name rings a bell, he played Doctor Who for a couple seasons.  Nick Nolte is in this show as well.  Have not seen him in much recently.  There are many familiar faces in the show.

As I said, watch this show.  The series will only last ten episodes.  All will be revealed by the end. 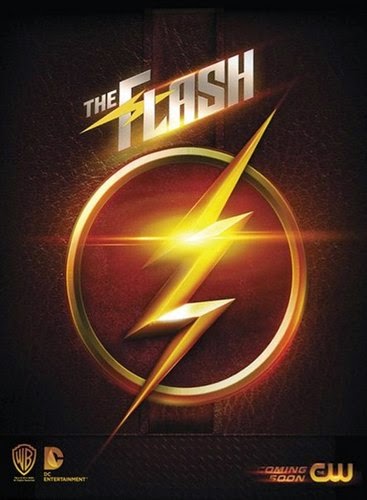 Just finished watching the pilot episode of The Flash.  Not bad.  Not great, but it has potential to turn into something really good.

The producers laid down a good foundation with endless possible villains and friends to find due to the 'accident' that gave Barry Allen (The Flash) his powers.

Grant Gustin plays Barry Allen.  As a huge fan of the animated Justice League, they do take a lot from the Wally West/Flash character's background.

There are a couple familiar TV faces in this film.  Jesse L. Martin plays Detective Joe West who is a father figure to the Flash.  And Tom Cavanagh plays Harrison Wells.  Wells knows the Flash's secrets, but also is revealed to the audience at the end of the pilot as something other than what he is portraying.

Martin spent several season on Law and Order.  While Cavanagh played the title character in Ed.

The cast is good.  I expect that they will get better as the season progresses.  The writing is about the same as the acting.  This is the first episode of the season folks, what did you expect?

The show has potential and is placed very well following Arrow on Wednesday nights.  My suggestion is to be patient and see how the season progresses.  First impressions are not always the best.  Especially, for TV shows.   Flash is on the CW Wednesday nights at 9pm.  Give it a shot.

Wow, if only I could get paid for this?  Nah.  While getting paid would be nice, this is fun.

Hey, tell me what you think.  Leave a comment and play nice.
Posted by Unknown at 10:23 PM No comments: Again, as you can see I am a comic book hero fan.  Arrow is now going into season 3 and with Slade now out of the way, what will be next for Oliver and the gang.

Thea has found out that the man she thought was her dad, was not.  She is now with her real father Malcolm Merlin.  Oliver and Felicity are about to have a thing.  And who will be the new villains be this season?

From what I was able to find, some people from Oliver's time on and off the island before heading back to Sterling City will be making an appearance.  Count Vertigo is suppose to make an appearance and cause havoc in episode 1.

There were rumors that Ra's al Ghul will be in season 3. Would only make sense with all the talk of the League of Shadows through the entire series so far.  And I was able to find an article saying that Matt Nable of Riddick fame will play the part.

This series does have a cartoonish feel and look to it.  However, the story line is interesting and the actors are good with what they are working with.  The only criticism that I would give is that the writing has become a bit predictable.  Oli makes a decision, Felicity and Diggle argue with him about it.  He does what he decided to do, fails.  Apologizes in someway to Felicity and Diggle.  They help and all is fine in the world.  Problem is that this keeps happening.  Could we change it up a bit please?

Arrow is not unique to this problem of writing style.  Most TV series that I have watched in the last several years use this exact formula.  So, the story line still works.  Just a bit predictable on how the problem in the story is going to be solved.

Arrow is a good show.  Will be worth your time and don't be surprised if the DC movies coming out and the TV shows start syncing up.  Similar to what Marvel has done with Agents of Shield and the Thor/Captain America films have done.
Posted by Unknown at 3:28 PM 1 comment: